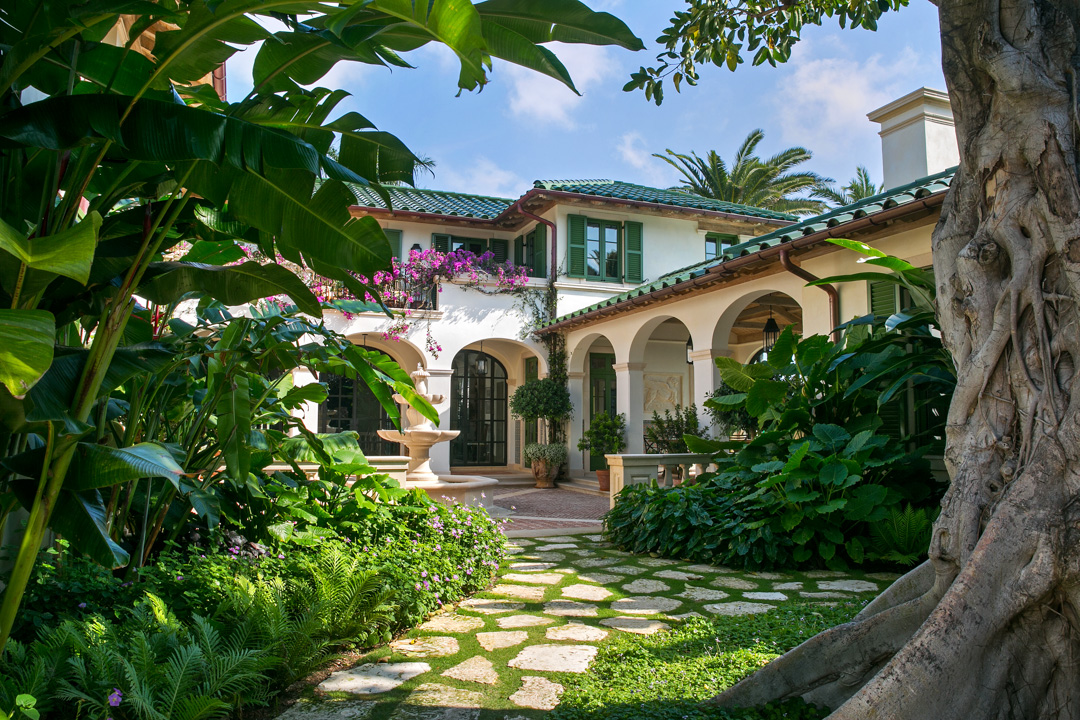 We have wealthy industrialist and railroad magnate Henry Morrison Flagler to thank for founding Palm Beach as a resort by making the Atlantic Coast 16-mile long barrier island accessible by his Florida East Coast Railway. Attracted by the area’s warm balmy weather and tropical environment, Flagler, whose own estate was Whitehall, designed by Carrere and Hastings in 1902, thus helped establish Palm Beach as a premiere locale for a winter social season. It soon became a resort town with such lavish hotels as the Royal Poinciana and The Breakers, as well as opulent residences designed by such architects as Addison Mizner, Maurice Fatio, Howard Major, John Volk and Clarence Mack.

Over 100 years of graceful evolution that has never faltered, Palm Beach is world-renowned for its extraordinary beauty and quality of life. Leading architects and designers continue the tradition of high-end residences and gardens. The Institute of Classical Architecture & Art invites you to join a Private Palm Beach tour of some of its most significantly designed homes and interiors. Overnight accommodations have been arranged at the luxurious Brazilian Court.